We focus on each project to understand and assimilate the needs of each client, designing optimization strategies both in the formal design and in the techniques of passive design and energy efficiency.
From the beginning we work with BIM system (Building Information Modeling), which makes us more agile and precise in our work, which together with a good team and collaborators in matters of energy consultancy and environmental certifiers, makes us have a great capacity for response and adaptation to the needs of each project.
We work for national and international clients, both private and public.

Projects of architecture, sustainable architecture, interior design, rehabilitation, remodelling, contract … whatever you need, we listen to you and we do it. 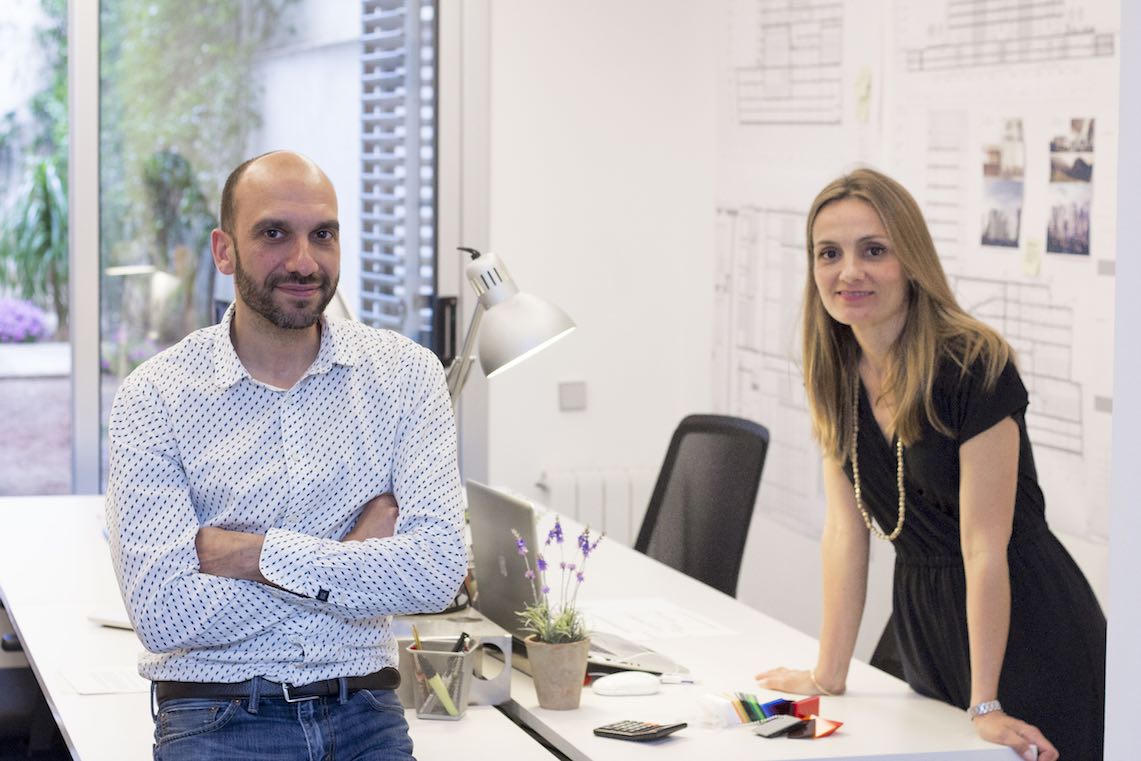 Piluca Yubero is an architect. Graduated in 2.002 by the School of Architecture of Valencia.

From 1998 she participated in the workshops of EASA, European Architecture Students Assembly.

In 2001 she moved to Italy and completed the final project at the Università di Roma, La Sapienza. At the same time and in the same university of La Sapienza, she carried out studies of architectural restoration of historic buildings.

She joined the Massimiliano Fuksas architecture studio in Rome, working on projects such as the Milan fair and various international competitions.

On her return to Barcelona, she joined the architectural office AR40 and later became an associate architect. It carries out projects of single family and multi-family residential, educational centers and urban plans in Barcelona and Madrid, as well as conducting infrastructure contests for GISA.

In 2008 she completed the energy demand assessment course at Escola Sert of the Official College of Architects of Catalonia.
In 2010 she conducts a healthy home workshop with Mariano Bueno.
Master in 2011 in energy efficiency at the Ramón Llull University, La Salle de Barcelona.

Together with Pau, she leads MOOM architects.

Pau Gaude is an interior designer since 2002. Graduated by the Llotja School of Arts and Design in Barcelona, ​​achieving the highest score in his class.

In 2001 he decided to carry out an experience of several years in Italy collaborating in different architecture and design studios. It is there where he begins to take an interest in architecture and decorative arts on a historical level and not only contemporary.

Upon his return to Barcelona he began to collaborate as a free professional in hotel projects, golf resorts, offices, single-family homes, restaurants, fashion stores and jewelry stores.

He has made projects for Ritz-Carlton, Accor hotels, Club Med, Fendi, Valentino, Bulgari, Rolex, Patek Philippe, Breitling or Tous among other brands.

In 2008 he took courses on European standards of sustainable construction Passivahaus and Minergie-Eco at Escola Sert of the Official College of Architects of Catalonia.
In 2010 he conducts a healthy home workshop with Mariano Bueno.

It is in 2012 when he creates MOOM architects.

© 2018 All rights Reserved. Powered by Dimoteca.com

© 2018 All rights Reserved. Powered by Dimoteca.com